When discussing being gay in China, many Westerners have no idea what to imagine when they think of China, let alone what it’s like being gay in China. The media has made the world aware of how tough it is to be homosexual in the Middle East, especially in contrast to the utopian image of gay people frolicking through some more tolerant European countries and Thailand. But what about gay people in China?

Visitors strolling through the streets of China might get to witness the seemingly peculiar scenery of two adult men holding hands while walking down the street. Many people new to China, and Asia as a whole, will label these guys a couple, but in Chinese culture this represents nothing more than close friendship and has nothing to do with their sexuality. You also might have come across the exceedingly well-dressed dude with polished shoes, a tight v-neck with a sparkly golden necklace adorning his neckline and thoroughly-styled hair. But don’t let his expensive man bag and stylish sunglasses fool you, his swiveling hips do indeed lie.

Let’s face it: many of the Chinese people that Westerns rate as “undoubtedly gay” using Western cultural norms are 100% straight and fine with their sexual orientation. So now the question is, if all the people you assume are gay on the street are actually straight, where are all the real gay people in China?

If you want to more easily meet gay people in China you will have to go to the few gay bars in Chinese metropolises, led by Shanghai, which has the largest gay scene in China, followed by Beijing with at least a few names on the rainbow travel itinerary, then Guangzhou, Shenzen, Chengdu, Xiamen and a few others.

Looking back only a few years showcases that China has a very young history regarding the LGBT movement and rights. Until 1997, homosexuality was technically a crime, and only since 2001 was it changed to no longer be considered a mental illness. Suffice to say, like many things in China, a lot has changed and a careful but steady movement towards equality is evident in the Chinese underground. In public view, homosexuality is not necessarily seen very positively. While in many cultures it is religion that makes life for gays more difficult, in Chinese society it is the traditional family values that are responsible for the suffering of young Chinese homosexuals.

To get married and produce a descendant – preferably a male one – is the most important expectation that Chinese parents usually place on their children. There are two reasons: first of all, China does not possess a very effective welfare system, which means that usually the descendants of the children will take financial care of their grandparents. Failing to produce children will negatively impact your parent’s retirement and is therefore seen as failing of one of your basic life tasks.

Secondly, tradition and culture play an important role for the lack of understanding most Chinese parents have for their children’s homosexuality. A long history of ancestors is seen as a very important status symbol and therefore the reproduction is supposed to be a central concern in every Chinese person’s live. This cultural pressure becomes even clearer when knowing that the word ‘juehu’ which can be translated as “without descendants” is seen as a very severe term of abuse.

These circumstances repeatedly lead homosexuals to a quite uncommon yet certainly not satisfying solution. Some gay men will even marry a lesbian friend in an attempt to satiate their parents’ happiness while leading a secret double life. Another sad alternative to this is many homosexuals marry straight partners because they think it will cure them from their “illness”. In reality, it results in men betraying their wife with other men or the other way round.

Traveling as a Gay person in China

Now with all this information you might wonder what it is like to travel in China as a gay person. Well, that’s quite easy to explain—generally not very different from traveling in China as a straight person.

Since being gay in China is not considered a crime you do not have to fear any legal consequences. As pointed out above, Chinese people will doubtlessly not care much about your sexual orientation since they do not expect any offspring from you and therefore have no reason why your homosexuality should not be acceptable to them.

Chinese mentality often is described as being indifferent – sometimes in a negative way – however in this instance it should be considered positive as 99% of the Chinese you encounter will not care about your homosexuality. In some cases, there might even be a certain amount of curiosity and interest concerning the matter, so don’t be alarmed if further questions – even some you might find very private – come your way. However, should you not feel comfortable talking to Chinese people about being gay or lesbian, there is no feasible reason you would have to talk about your sexual orientation to any Chinese people during your holiday.

When traveling with your partner in China, be prepared to be frequently asked the double bed/twin bed question when checking in on any hotel – even if you have explicitly asked for a double room before. Don’t take any offensive, especially considering official same sex relations just aren’t that common in China, most people won’t assume you’re a couple and might want to double check before getting something wrong.

For those travelers seeking to travel with like-minded folks there are several operators offering group trips throughout the country. The first Chinese travel company Go Pink China started its business in 2005. Well known for LGBT travel in China is also Purple Dragon a Bangkok-based specialist for Gay Tours in Asia –to name just two. These operators offer versatile travel experiences in China, from City tours in Shanghai, Beijing or Xi’an to trips of several days duration to China’s scenic countryside hot spots like Guilin, Sichuan, Yunnan or the Silk Road or even a combination of them all.

If you are looking for a gay holiday with lots of gay people, gay places, gay talk and maybe a lil’ gay sex, there are certainly better places to visit than China. But for all those interested in the rich historical tapestry of this old culture let me assuage your fears. Just come to China and explore, you have nothing to worry about!

1. In China, it is not common to show affection in public, straight or gay, but that’s slowly changing. Generally, people mind their own business. A goodbye kiss might be seen as tolerable but making out is another story.

2. Please keep in mind that paying for sex in China is a crime. So do yourself a favor and exercise caution while being a guest in this country.

3. Since Grindr and some other gay dating sites have been blocked in China, they use their own dating app.

4. Although not comparable to most other Gay Prides in this world, Shanghai has its own small Gay Pride each year in June. Just in case you want to include that in your itinerary. 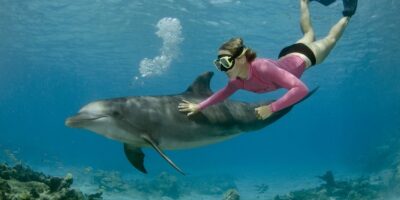