Picture Venice: The narrow streets, stone bridges ancient architecture and gondolas gliding along smooth canals. Got it? Now jump 6,000 miles, replace Venice’s Gothic architecture with pagodas and the gondolas with wooden canopy boats, and you’re in one of China’s famous water towns, all of them claiming to be the “Venice of the East.” Don’t let that “Venice” tag fool you. The Yangtze River Delta canal towns near Shanghai deserve far more than a breezy comparison to Italy’s famous port.

Despite obvious similarities, as China’s profile as an international destination grows and more Chinese tourists go abroad, don’t be surprised if someday you read marketing copy touting Venice as the “Suzhou of the West.” Sure, they all have canals, boats and bridges in common, but the differences are dramatic. China’s water towns boast rich histories, picturesque scenery and traditional architecture that make them distinctly and unmistakably Chinese.

While there are numerous water towns in the area around the Yangtze River Delta, for the sake of brevity, here are three of China’s best-known water towns, all located reasonably close to Shanghai.

I joined a group of fellow NYU students on a day trip to Suzhou, a city located about 110 km (68 mi) north of Shanghai in Jiangsu Province. After 40 minutes on a fast train out of Shanghai Railway Station, we arrived in Suzhou.

In Suzhou’s case, “water town” may seem a bit misleading at first glance—it’s a booming metropolis of over 6 million residents, after all. But its historic center is largely intact, and that’s where we headed, making our first stop at the Humble Administrator’s Garden, the city’s largest classical gardens. Upon entering, I immediately knew the RMB 70 (about USD 10) cost of entry was worth it. The scenery is spectacular, with lotus ponds, pavilions and pagodas visible from virtually every angle. The pavilions and pagodas all boast intricate designs, from towers with flying eves to walls with carved windows and traditional moon gates, which are circular passageways through garden walls.

We’d heard that the garden is often crowded with tourists, but when we went the crowds were actually very small, which made for a peaceful and relaxing experience. The Humble Administrator’s Garden is one of those places where you can forget your worries: its serenity and the beauty quickly put me at ease. After spending the afternoon in the Humble Administrator’s Garden, we took a bus to downtown Suzhou, where we walked along the city’s historic canal streets. Just after arrival, we strolled a residential street that led to the heart of the town, the touristy part.

I found it fascinating to walk through the residential area and get a glimpse of the daily lives of the people who live there. We saw families sitting outside playing with their children, talking and laughing heartily. We also came across several animals. Of course, there were the usual dogs and cats, but at one point, we looked through a doorway and saw a rooster. It was certainly unexpected, prompting us to ponder its fate for a minute. Aren’t roosters a bit tough? Was it looking for a hen, and if so, was it an egg-laying hen or a soon-to-be soup chicken?

We didn’t stick around to find out, but moved on to the downtown tourist zone. It was already dark by the time we reached the heart of the town, and the buildings changed from houses to souvenir shops and restaurants. Suzhou lights up at night. Round bright red lanterns with gold tassels hang from eaves everywhere you look and the roofs of the pagodas and other buildings are also lit up, creating a beautiful and lively atmosphere. After eating a delicious family-style dinner, we had bubble tea for dessert and then walked along a bridge where we caught a magnificent view of the lit-up town. By the end of the trip, we were exhausted, but we all had an amazing time in Suzhou, and I would definitely visit again.

The NYU in Shanghai program also took 40 of us on a half-day trip to Zhujiajiao, a canal town in Shanghai’s Qingpu District. Even though it’s technically part of Shanghai, Zhujiajiao felt very much like an oasis amidst the bustling chaos of the city. The crowds were far less dense than those on major Shanghai tourist draws like Nanjing Road or the Bund, and instead of dodging oncoming cars and taxis, we walked safely alongside wooden canopy boats drifting down narrow canals. In place of clothing stores and fast food restaurants were archery booths, overpriced souvenir shops and a woman trying to sell some of my classmates “Rolex” watches. Yes, we were definitely in a Chinese water town.

A tour guide led us through the ancient town, where we walked inside historical buildings such as the Tong Tian He Chinese Pharmacy and a Qing Dynasty post office featuring a display of old, weathered postcards. Looking at the artifacts, I was amazed by how well-preserved some of them were, given the passage time. I also found it neat that such landmarks could be preserved and incorporated into the town to give tourists a glimpse at what took place centuries and even millennia before in that very place.

Just by walking through the buildings, which were wooden, dark and felt even hotter than it was outside, I got a fairly good sense of their history. One of the most exciting aspects of the trip was the boat ride. Men wearing striped shirts and broad conical bamboo hats propelled the boats with a single large oar that also served as a rudder. Each boat held six. I sat back and admired the town from the shifting angles created by the boat’s drift, watching people and buildings glide past.

The boat dropped us off near the Kezhi Garden. With green ponds and elaborate traditional architecture, the garden reminded me a bit of the Humble Administrator’s Garden, but it also felt very different. In one part, we saw a golden Buddha statue with incense burning in front of it; one of the wonderful things about many historical sites in China is that they are actively used by the locals just as they have been for centuries, fake Rolexes and mobile phones aside.

We had a chance to walk up into some of the traditional pavilions in the garden, which gave us excellent views of the garden and ponds below. We also fed the fish in the ponds, and once the food hit the water, the fish charged, quickly devouring the small bits. As with Suzhou’s Humble Administrator Garden, I felt refreshed and relaxed by the chance to escape Shanghai’s busy streets for a few moments of relative peace and harmony—and for anyone living in or visiting Shanghai, Zhujiajiao has the added advantage of being inShanghai, although you wouldn’t know it from the surroundings..

Wuzhen: A Taste of the Countryside

The water town I visited last was Wuzhen, located in northern Zhejiang Province about 128 km (80 mi) southwest of Shanghai. To get to Wuzhen, a group of us took a train to Jiaxing, and from there we took a van to the historic water town. On the way to Wuzhen, I noticed that the scenery steadily changed from urban to rural, with farmland extending for miles and enormous houses that most likely belonged to wealthy farmers in the area.

Soon, however, the scenery became noticeably more historical and familiar as we arrived to the Wuzhen East Scenic Zone, where we paid an RMB 100 entrance fee to tour the water town. At first, Wuzhen looked a lot like Suzhou and Zhujiajiao, but as we walked along the streets, I noticed key differences. For one, we came across a shady wooded area that led to a small bamboo forest, which was a pleasant retreat from the heat and humidity.

The tickets we purchased also allowed us to walk into some historical buildings unique to Wuzhen, such as the Former Residence of Mao Dun, a famous Chinese revolutionary writer. “Mao Dun” was actually a pen name, which translates to “contradiction,” conveying the conflicting revolutionary ideology in 1920s China (not to mention reflecting much of what you’ll still see in contemporary China).

We also visited the Hundred Beds Museum, where we saw intricate wooden bed frames on display. In yet another building, we saw a wax display of a traditional Chinese wedding ceremony, in which the bride wears red instead of the white that is generally associated with Western weddings.

One of the most interesting sites we saw in Wuzhen was an area in which long strips of dyed silk hung from tall wooden frames. The silk was dyed blue and boasted numerous beautiful patterns, many of which were floral. We were allowed to touch the silk, which felt very smooth against my fingertips.

Silk dyeing is a process that dates back to ancient China, where silk fabric was first developed, and the process has always involved sophisticated techniques. I found the highlights of Wuzhen to be particularly fascinating; they certainly gave life to the town and put its rich history into perspective.

Why Visit More Than One Water Town?

While water-town fatigue is as likely to strike as temple- or museum-fatigue, they each have unique characteristics and histories, and the more attuned you are to subtle details and cultural context, the more you stand to get out of comparisons. And even if you’re not a student of Chinese culture, the water towns offer such a dramatic change of scenery from the bustle of the city.

My trips to these water towns made for great weekend getaways from Shanghai and I would highly recommend any of the three. And though I’m looking forward to seeing something different as I travel to Beijing, Gansu and other regions throughout China, I also look forward to getting to know eastern China’s charming and unique water towns better, each on its own terms. 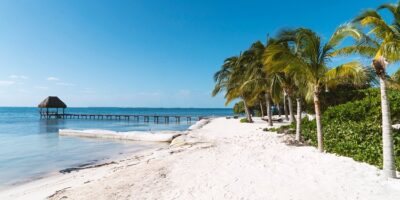 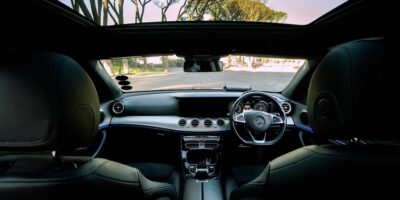