Home
Culture
The (Once) Mighty Manchu

Once the Eight Banners of the Manchu military force ruled All Under Heaven. Today only small parts of the northeastern China can still be called “Manchu territory,” and they have largely assimilated and scattered over the last century such that for much of modern China’s history, most Manchu identified themselves as Han Chinese. However, the Manchu minority and its language have been enjoying a bit of popularity recently—Beijing has several schools that teach the language and people with Manchu ancestry are now more willing to claim their identity.

The Manchu—or their relatives the Jurchens—ruled over present day China twice: once in the 12th century as the Jin Dynasty, rivaling the Southern Song Dynasty and eventually succumbing to the Mongols. Then again from the mid-17th to the early 20th century as the Qing Dynasty, the ruling dynasty whose customs and dress foreigners most associate with ancient China.

But like the Mongols who once ruled over most of Asia, the pastoral warriors from the north have receded from world affairs, though the Manchu name still carries much mystique.

Legacy of the Manchu Minority

Much of what we in the West have seen of “ancient China” is actually Manchu. The qípáo or cheongsam, that tight-fitting, revealing-yet-not dress that usually comes in red and gold, is a Manchu idea (Thank you for that one!) and is still the dress of choice for elegant ladies hosting public parties, event hostesses and the girls standing sentinel in front of gaudy restaurants all over China and in many Chinese-speaking areas.

Unlike the qipao, the men’s fashion during the Qing dynasty has fallen out of favor with everyone but old intellectuals, foreigners trying to be “cultured” and tai qi masters in the park. But even so, the long robe with a vest and belt could look pretty cool if you were two of the above three examples. Also the hairstyle many Westerners remember from “old China” photos—the shaved in front, pigtail in the back style—is also no longer à la mode(except for on the occasional baby). This style is mostly associated with the migrant worker known as the “coolie” in the USA and in China—the guy in the old West who had a laundry and noodle shop with friends and relatives working the railroad.

The hútòng , one of the most elegant and beleaguered forms of housing in China today, is also a Manchu idea (Thanks for that one, too!). The hutong is a home with a courtyard, central buildings and two wings enclosed by a wall. In most cities across China, if the old town is still standing, then it is hutong-style. The Eight Banners, the military and political title given to Manchu soldiers, usually lived in hutong complexes such as those in Beijing and Chengdu’s Wide and Narrow Alleys.

Some of the greatest architectural structures still standing in China are Manchu buildings. The Forbidden City, although built by the Ming in the early 1400s, served as the Qing Imperial seat until the fall of the dynasty. The Summer Palace is a typical Qing Dynasty building, with the famous “flying eaves” and decorative flare that also influenced hundreds of Tibetan Buddhist temples and monasteries across China, the Lama Temple in Beijing being the classic example.

Some of China’s most important emperors and intellectuals are also Manchu. Cao Xueqin, the author of A Dream of Red Mansions , one of China’s four great epic novels, was Manchu and some of the most famous imperial names were Manchu Qing Emperors. Most notable among these were Emperors Kangxi, Yongzheng and Qianlong (ruling mid-17th to the mid 18th century), the poet-scholar-kung-fu-master-sages who are considered to be the greatest of the Qing emperors.

And of course, who could forget the Empress Dowager Cixi and her ill-fated successor, the Last Emperor Puyi. The images that have been passed down from that final era of China’s emperors influences the perception people all over the world have of China (until they have actually traveled here of course) and, if one takes the many Qing-era soap operas and films as evidence, this era still has a heavy influence on modern Chinese society.

Manchu people make up the third largest ethnic group after the Han and the Zhuang, with a population of approximately 13.3 million. The majority of Manchus live in the far northeast—known as Manchuria—primarily in Liaoning, Jilin and Heilongjiang provinces. There are also several Manchu Autonomous Regions in Hebei, as well as the homeland of the original northern Jurchen tribesman from whom the Manchu stem. The overwhelming consensus is that Manchus have basically “become Han” in the last 100 years as those who were not killed in the fall of the Qing, during the Japanese invasion of their homeland or who went underground out of fear during Kuomintang rule assumed Han identity.

The Chinese Communist Party has taken steps to protect and shelter the Manchus from racist or otherwise hostile sentiments and if the media is taken as a barometer of Party opinion, then Manchu (and imperial identities in general) are not only acceptable but encouraged.

In the 1980s and 90s the number of people who identified themselves as Manchu doubled from four to nine million. This jump is due in large part to Manchus becoming more accepted in the greater society, although skeptics say that benefits allotted to minorities—such as exemption from the one-child policy—have also led to an increase in numbers.

According to the Joshua Project, a Christian-based project that has the admirable side-effect of listing and categorizing the world’s minorities, the Manchu language is all but extinct:

The Manchu language is practically extinct. Various studies have listed ‘less than 20,’ ’70,’ and ‘1,000’ speakers of Manchu remaining among the entire ethnic group. Manchu speakers are located in a few villages in Heilongjiang – Sanjiazi Village in Fuyu County and Dawujia Village in Aihui County. Most of the Manchu speakers use Mandarin as their first language and speak Manchu ‘with a pronounced Chinese accent.’

It is currently “in vogue” for Manchu people to study their own language, part of a Manchu revival (link not accessible within Mainland China without a VPN) instigated primarily by the youth who either emigrated abroad or turned to their past identity as a way of differentiating themselves from the majority. 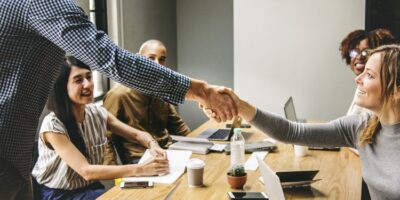