Home
Destination & Places
4 Things to Be Thankful for in 2019

2019 hasn’t always been easy. A widening political divide threatens to pit neighbors against one another, the climate continues its slow ascent toward record temperatures, and the Game of Thrones finale everyone was psyched about turned out to be woefully underwhelming.

But there are still things to be thankful for. Technology continues to advance at a breakneck pace, solving a host of daily and existential problems, and the basic decency of humans has not (for the most part) gone away.

It’s important, this Thanksgiving, to dwell on the positives, to look back at the year past and choose things for which we can be thankful. In your life, it could be small moments with family, a budding romance or just a movie that you really liked. Here, in the list below, you’ll find four cultural phenomena – events, trends and shifts in attitude – that everyone can be thankful for.

The Death of the Dab

Here, the “dab” is a placeholder for every overused meme that died in 2019. Why did it die? Not because there wasn’t genuine enthusiasm for the dab when it first appeared, among pre-teens who – doing as preteens do – wanted to be a part of something huge, however trivial. No, the dab died because it was beaten into the ground by every corporate twitter account (no one needs to see the Burger King dab) and 55-year-old local news anchor.

Hopefully, going forward, the death of the dab will be a lesson to companies and media figures looking to capitalize on youth culture – just stay out of it.

The world hasn’t seen a compelling new sport in quite some time. It’s been a half-century since Ultimate Frisbee was invented, and nothing in the intervening years has come close to rivalling its mix of thrill and competition (with apologies to paintball).

That is, until this axe throwing trend took off. If you haven’t tried this deceptively simple sport yet, you are in for a treat in 2020. Essentially, you get some friends together, throw axes at a target painted on a wooden board, and compete for points. Again: deceptively simple, but so, so much fun. For some fun in the sun, you can try axe throwing in Orlando Florida now – just visit the link provided.

More companies appear to be endorsing the 30-hour workweek, as studies and anecdotal evidence from CEOs continue to roll out about its comparative effectiveness. The slightly abridged week, argue supporters, fosters better efficiency and happier employees, resulting in the same, if not better, productivity. In a year of losses, that’s a rare win-win!

It doesn’t matter if you’re vegetarian, the proliferation of plant-based “meat” products that taste good is a victory for everyone. For one, it’s better for the environment. But it’s also great for those who want to lower their meat consumption without having to resort to those cardboard-tasting veggie dogs of old.

Nearly every big fast food chain has rolled out a Beyond meat version of their product, speaking to the trend’s increasing popularity. And that’s not even mentioning its massive Initial Public Offering.

What are you thankful for in 2019? Whatever it is, hopefully for just one day this Thanksgiving you can turn off the 24-hour news, with its constant alarmism, and spend time giving thanks! 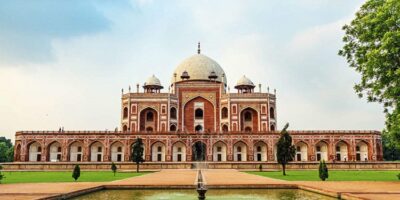