Home
Travel
Lanzhou: Silk Road crossroads and the heart of Islam in China

Lanzhou waterwheels China is a gargantuan nation where even the smallest municipalities can have larger populations than many a European or American city. With so much space to cover and so many stories to tell, it’s all too easy to just focus on the next big adventure and trying to discover the “real China,” but sometimes the real China is what’s right in front of you, down the alley where you might head out to buy water and toilet paper every other day, and not on that 12-hour hard seat trip through the jungles of Guangxi. In City Watch we strive to uncover some of these little-known cities with a lot to offer, if only you know where to look. >>>Lanzhou is the dusty frontier town between the wet, fertile plains of central China and the hot deserts that signify the edge of Islam. It’s the large urban area that served as the crossroads between the various invading faiths and the Taoist/Confucian/animist heartland that embraced them and, eventually, made them all Chinese.

The first of these newcomers was Buddhism, which crossed the Karakorum Pass at some point 2,000 years ago, followed closely by Nestorian Christianity, Persian Zorastrianism and Greek Philosophy via the Bactrian Kingdom (today’s Afghanistan) left behind by Alexander the Great’s adventurous army. Remains of these civilizations are found all along the Silk Road, especially in the oasis town of Dunhuang, several hours north of Lanzhou by train. Dunhuang marks the mouth of the Hexi Corridor, a geographic oddity that funneled culture, money, armies and faith in from the west and down into the east (and vice versa). The corridor is actually a flat, wide valley with brown hills on either side that separates the Gobi Desert (and central China) from the Taklamaklan Desert and northwestern China. Gansu Province is basically formed along the geography of the corridor. Lanzhou, the capital of Gansu, sits smack dab in the middle of this valley, astride the sluggish Yellow River whose currents back in 1952 slowly turned the paddles of 252 water wheels scattered along its banks. These days you can check them out these ancient irrigation systems in the Waterwheel Garden which has two wheels, a cofferdam, and a recreation area. If you’re feeling adventurous, you can even cross the Yellow River in a sheepskin raft.

Once a center for Buddhist scholarship during the Tang Dynasty, Lanzhou has now become a predominantly Muslim city with Han characteristics and the de facto capital of the Hui people—Chinese Muslim-traders who have plied the Silk Road since the first camel caravan made the first silk run way back in antiquity. As such, the food here is more Muslim in character: baked flat bread, beef and lamb kebabs and excellent “Lanzhou la mian” (pulled noodles) which are a fixture on virtually every block of every city in China. The guys in little white caps slamming long strands of dough onto the table are Hui Muslims, mostly hailing from Gansu Province. Visitors to Lanzhou will find that the city is flat, dusty and very relaxed. Sort of like any Muslim trading town from Gansu to Marrakesh. The people are very friendly and the switch from pork and vegetable stir fry to beef noodles and bread with lamb skewers might be a godsend for travelers craving a cheap and delicious “Western-style” cuisine. If Lanzhou’s lazy half-Han, half-Hui style isn’t Muslim enough for you, well then hop on a bus and head out to the “Mecca of China,” the tiny town of Linxia. Linxia is like that really cool invite-only hip club that people at the crowded not-so-hip club are constantly asking each other about. Except that it’s not a club. It’s a Muslim hangout with mint tea, kebabs noodles and oil-free stir fry AND shisha pipes…

The golden city on the Silk Road

The area around Lanzhou was in contention for centuries as successive Chinese dynasties tried to maintain control of the Silk Road (and the vital Hexi Corridor) from Muslim rebels, Tibetan armies and rogue generals. During all of this back and forth over who would be able to raise their flag over the city just before the great Silk Road capital, Chang’An, merchants and missionaries plied their trades. In order to see the fruits of all of this labor, you’ll need to go to the Gansu Provincial Museum. I know. You are saying to yourself, I want to climb mountains and meet people, not fall asleep with my upper body leaning against a glass case holding… old stuff. But the museum here is probably one of the best collections of Silk Road knowledge in China. Not only will they relate the glorious history of the world’s first trade deficit with China (in a politically correct manner, make no mistake), but they will also go into the Roman, Buddhist, Muslim, Soviet and Revolutionary waves of influence that lapped at the banks of this stretch of the Yellow River. It’s a pretty good museum and I recommend you check it out… it’s important for travelers to know where they are, in whose footsteps they follow and how this relates to the “Grand Scheme.”

I cannot be sure, but I have a feeling that Lanzhou has always been a stop-over for people on their way somewhere else. Maybe it was Muslims unloading goods before they retired to Linxia for lamb and tobacco; Buddhists meeting with the head lama before moving on to Dunhuang or Xiahe; Persians stopping for a night before heading on to Chang’an to buy some silk and sell some saffron; Mongols spending a few nights raping and slaying before riding on to sack the Caliphate; the Red Army, liberating as it went… After eating your fill of Lanzhou fare and visiting the museum, you might want to consider one of two (or more) paths:

These paths are basically (surprise!) offshoots of the Silk Road and will lead you on to some of the great cities of ancient Asia: Xi’an, Chengdu, Lhasa and Kashgar. 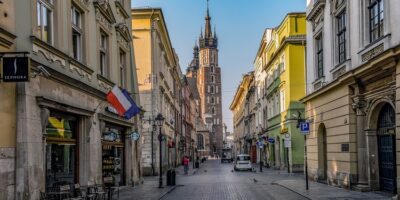